How long can a water moccasin stay underwater? That question is the gist of this article. Did you know this snake could hold its breath?

Most of us know about water moccasins only by what we have seen in scary movies or shows. However, there is a lot more to the water moccasin than just its ability to scare humans.

What Is A Water Moccasin Snake

There are several types of water snakes and unfortunately many are confused for the Water Moccasin Snake or the Agkistrodon Piscivorus – more commonly known as the Cottonmouth. For instance, many people confuse the simple black water snake with the venomous Cottonmouth.

It is important to know that the Cottonmouth and the Water Moccasin are the same species. The species official name means hooked toothfish eater. So why the two names? It would appear that the term water moccasin was coined by those in the area where most of these snakes live. Obviously, they are seen in the water and their skin pattern is similar to shoes worn by natives. The Cottonmouth, on the other hand, is so-called because of white coloration inside the snake’s mouth resembling cotton. The Water Moccasin/Cottonmouth lives mostly in the south of the United States. For instance, Southern Virginia, Florida, and Eastern Texas are hosts to many baby Water Moccasins. How long can a water moccasin stay underwater? This species of snake does not live in water all the time. They are actually semi-aquatic. For instance, they can and do live in forests, fields, lakes, marshes, rivers, and swamps. They might be found in the logs near the water but not in the water.

Read more about Choosing the Best Bear Spray – How Does Bear Spray Work?

Characteristics Of A Water Moccasin

They average about four feet long but can continue to grow to six feet in lush areas. They are a dark brown color with a paler underside. There are vertical lines aside the nostrils and their chin and snout are pale.

The important characteristic of this snake is that it is one of many pit vipers and is highly venomous. Examples of other pit vipers are rattlesnakes and copperheads. They are blessed with a night vision created by the heat sensors in their nose and eyes.

According to an Oregon herpetologist named Sara Viernum,  “Like all pit vipers, [cottonmouths] have heat-sensing facial pits between their eyes and nostrils,”. This let’s the pit vipersnotice even very small changes in temperature around them. In this way, they can find their prey. 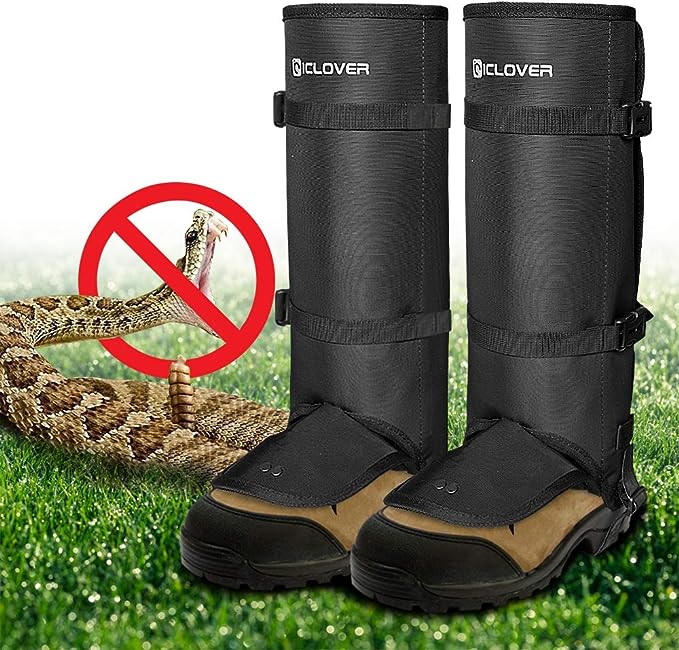 This snake is a carnivore and will eat any animal in site. They eat birds, fish, rodents, frogs, turtles, lizards, and other snakes. Unlike most other snakes, the Water Moccasin takes its time when eating. The species has few predators because its venom is so deadly.

Kinds Of Water Moccasins  Or Cottonmouths

Not only can the Water Moccasin snakes swim underwater, they can bite underwater as well. There are more than twenty different species of snakes in the U.S. that are venomous. Therefore if you live by the water you might want to keep some snake repellent on hand.  I have noted that all snakes can swim, but sea or water snakes live in the water most of the time. Therefore, it is not unusual for them to hold their breath underwater for up to an hour or more.

As semi-aquatic beings, these Cottonmouth snakes are incredibly comfortable under water or on dry ground. However, they are only found where there is some water nearby. They are the only U.S. snake that is both venomous and semi-aquatic.

It is commonly agreed that the Water Moccasin can live about ten years in their native landscapes. However, in captivity, they can live as much as twenty to twenty-five years.

Check out How to Identify a Copperhead Snake?

Can The Baby Water Moccasin Swim

So can even the baby water moccasin swim? The adults are busy mating in the spring during which the males try to impress the females and repel other males. For instance, males wave their tails at the females during the April to May breeding season. Also the males will fight with each other for the right to have a female.

Then five to six months later the baby Cottonmouth is born, These snakes give live birth rather than lay eggs. The female can give birth to as many as twenty snakes in a litter. However, the average litter is about ten live baby moccasins. As soon as they are born the baby moccasins are off on the adventure of living their own lives. For instance, you can see the babies slithering off into the brush or right into the water. The baby water moccasin faces many dangers and many never see adulthood. These babies are often victims of eagles, hawks, raccoons, snapping turtles, and even feral cats.

How Long Can Water Moccasins Stay Under Water?

We now know that these amazing creatures can stay underwater for about an hour. After that, they must come up for air. The water moccasin is venomous and dangerous. They live on land and in water.